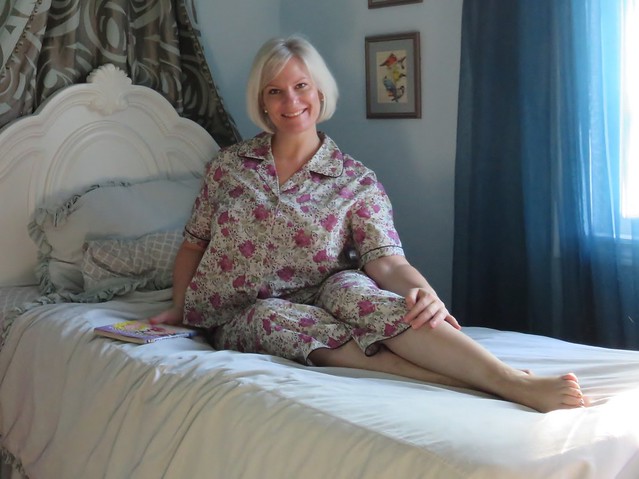 I have needed a decent set of pyjamas for a very long time, and was finally driven to cutting and sewing up two sets from Burda’s December 2014 issue.  The first set is the pyjama shirt and capris.  Each image below clicks through to the pattern itself over at BurdaStyle.

The fabric is a cotton lawn purchased over a year ago for the intent of a smocked girl’s dress that never happened.  I used a black poly-cotton broadcloth for the piping, and left off the pockets.  I cannot see the use of pockets in bed. I also didn’t face the capri hemline, but rather serged the edges, turned, pressed and top stitched them. 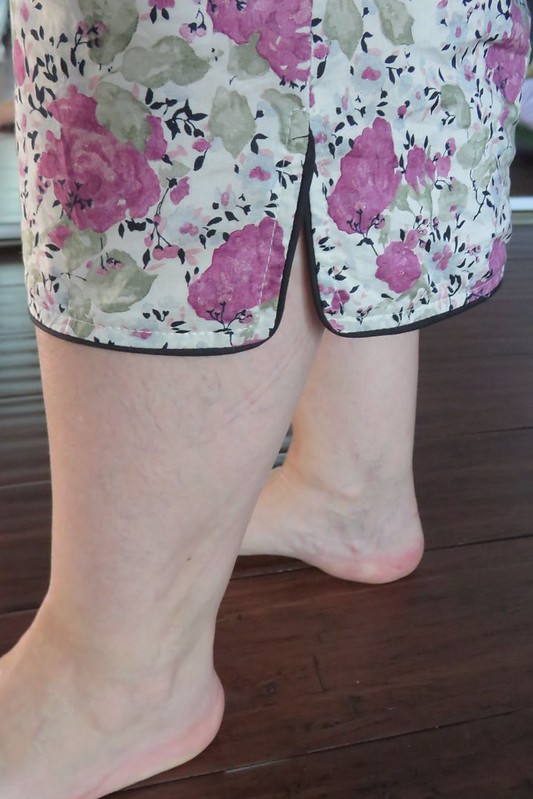 I left off the top button, too, so that the collar can lay open. 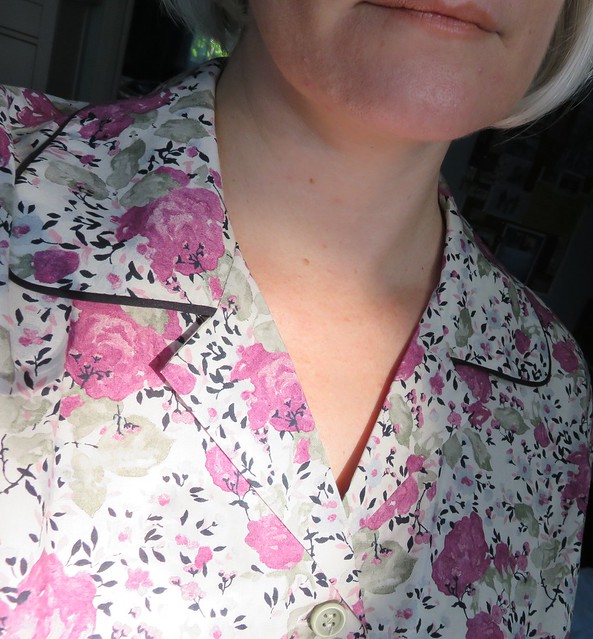 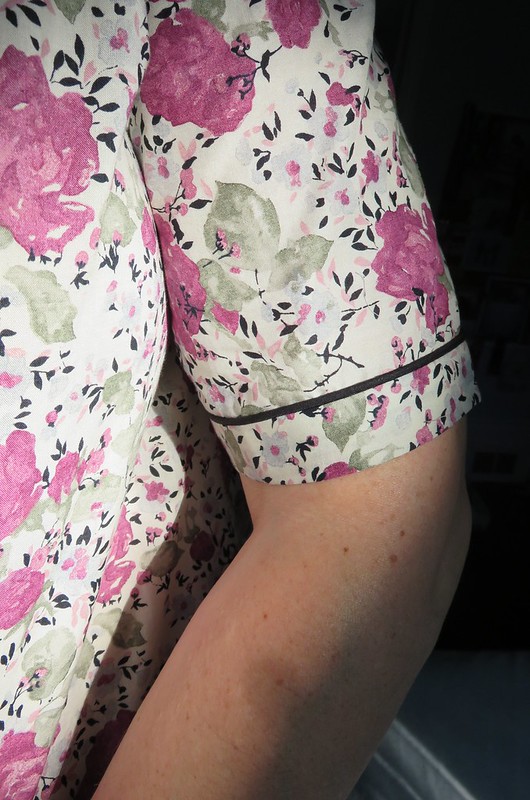 I didn’t have enough fabric to do a proper FBA, but as I will definitely be making another set of PJ’s, I will do so next time.

As for the other pair, made of Liberty of London Felicite in a purple colourway (again purchased over a decade ago for a smocked dress), I used the same capri pattern.  I curved the vent edges and did a narrow turned hem.  I did put a pocket on this pair, although you cannot see it, and I never use it.  But I had the scraps, so I thought, why not? 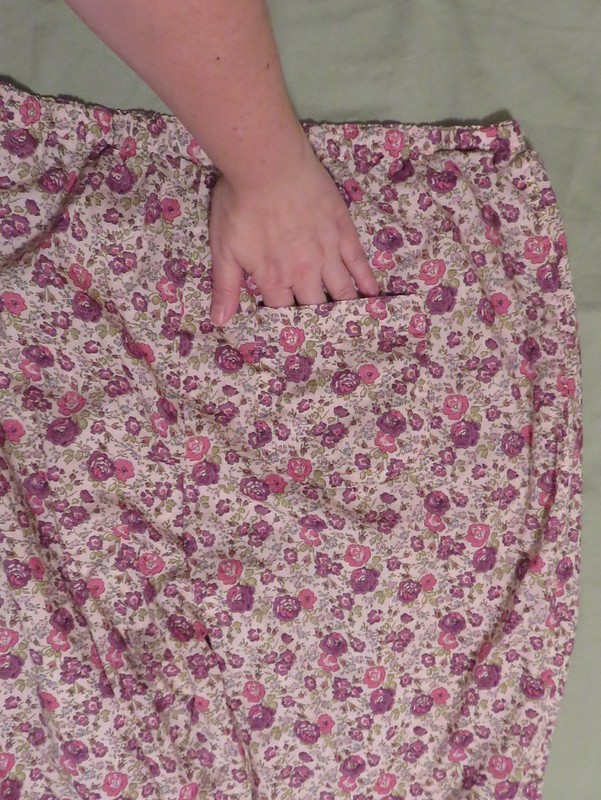 The little camisole top gave me more pause for thought.  I did a 2″ FBA, cutting through the dart and re-drafting the upper bodice piece into two, as the interior shows below. 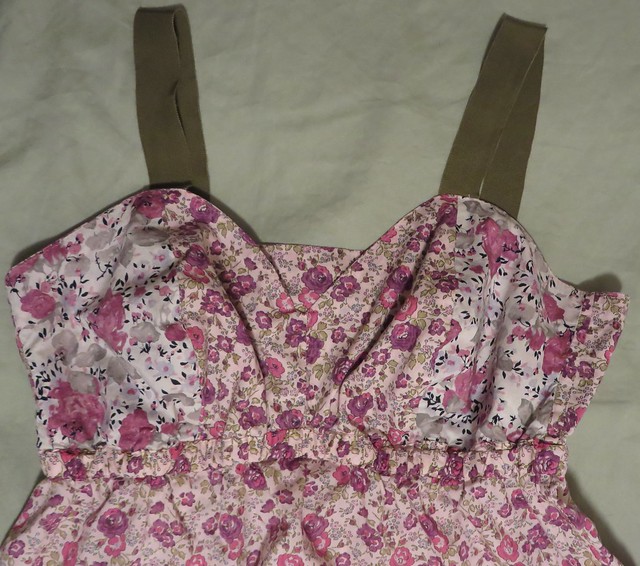 I used petersham ribbon for the straps, and left a 2 inch curved vent at the side seams hemline. 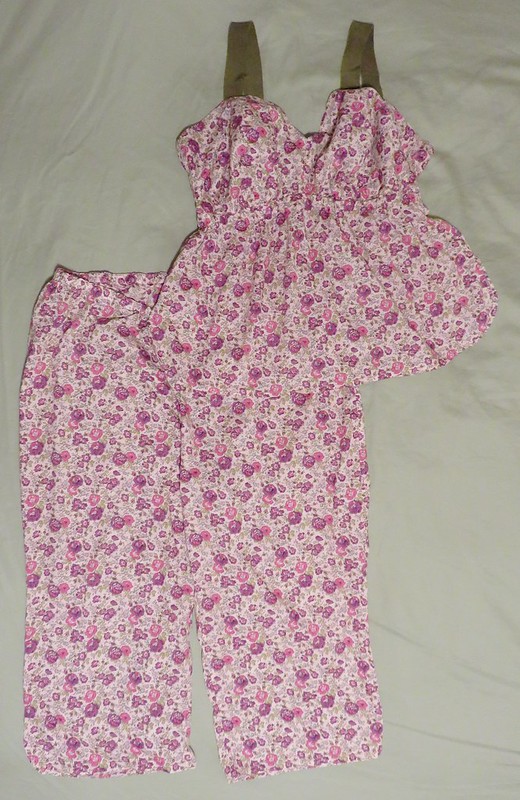 Very comfortable, I must say.  I wonder it took me so long to make these.  And now that cooler weather is just around the corner, I’ll need to make a warmer set or two.