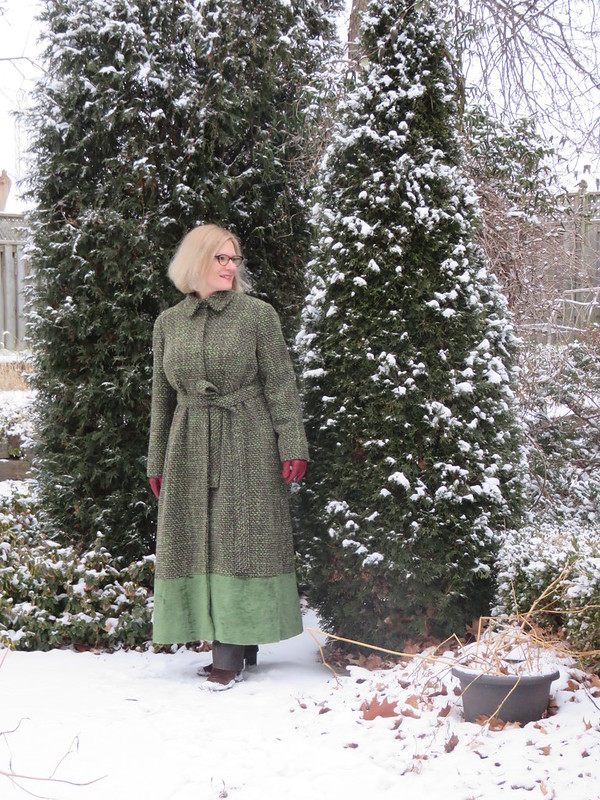 I finally got around to the project at the end of April. I pulled two pieces of fabric out of stash:  a lovely green/brown ‘bubble’ wool from EmmaOneSock in 2013and a piece of velvet linen, purchased randomly from Scalamandre’s Third Floor around the same time. I had this from BurdaStyle’s January 2016 in mind for both: 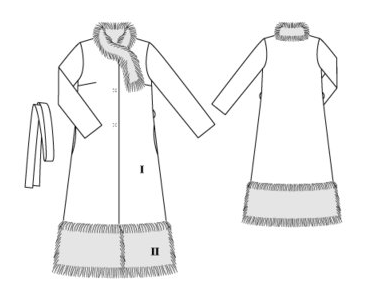 It’s a ‘tall’ pattern, but I wanted something long and dramatic.  So I left the length, and adjusted the waist length by 2 inches (5cm). Here’s the back: 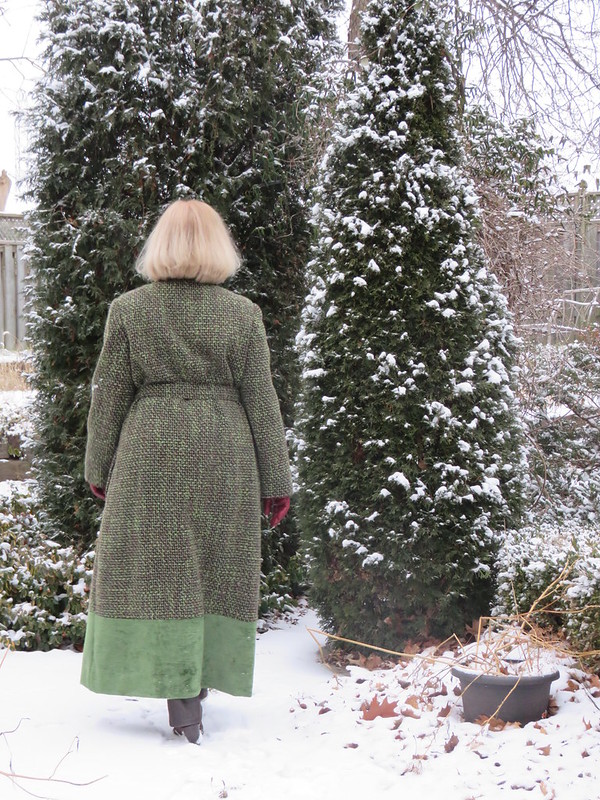 I did not like the tie collar (and the linen would not have worked for it, imho), so I frankenpatterned Vogue 2590 (an OOP Montana military-style coat).

I love the high collar, and I must say, working with a Vogue pattern vs. a Burda magazine pattern in the same project was a sober reminder (and an elated reminder) of why I love Vogue patterns so much: there were more markings on the collar pieces than the entire front coat pattern piece from Burda.  A clearly marked pattern makes construction so precise, and easy construct with (relative) perfection. Well, I am happy with it, anyways!

The coat does not have buttons. I debated doing the hand worked buttonhole exercise, but opted for the large snaps Burda suggested. I like them! And, no, I did not bother to try to choose a fabric that would match the coat so they could be covered. I just put them on. Finis!

Some details of the interior finishing:

There are in-seam pockets. 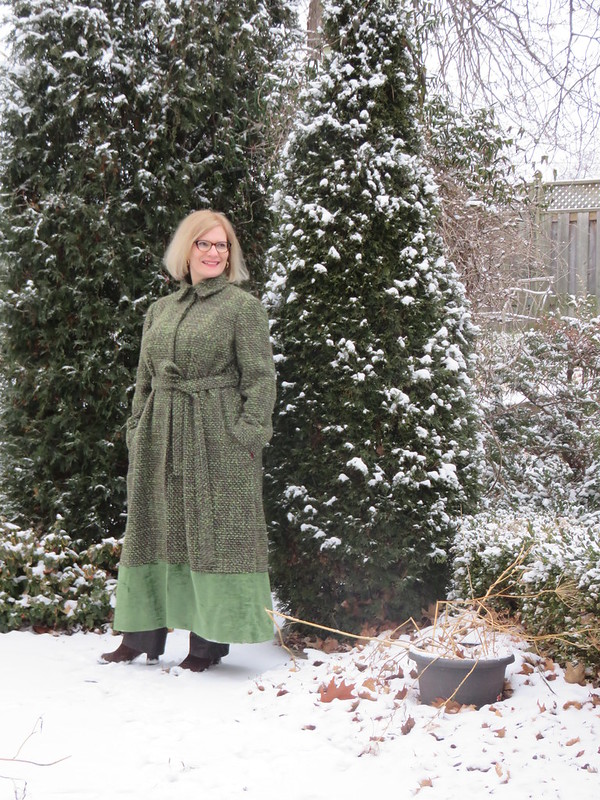 Here’s the side view. 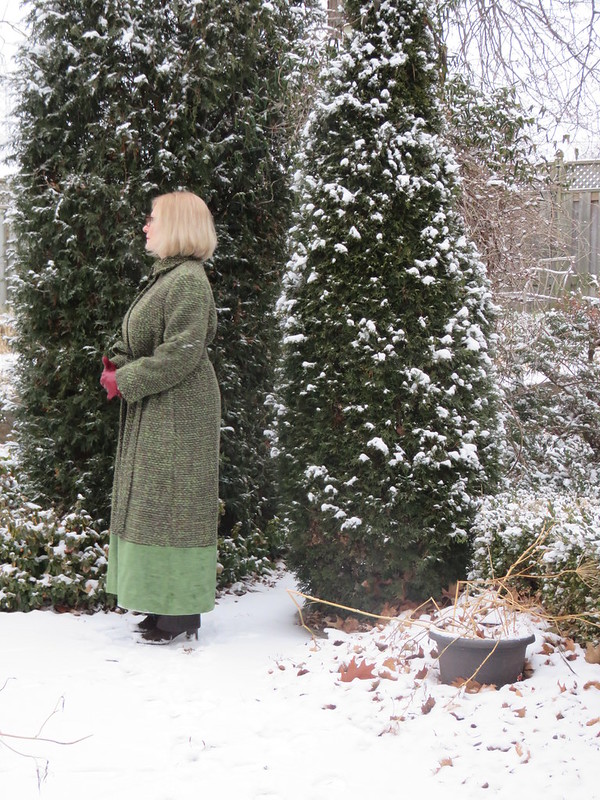 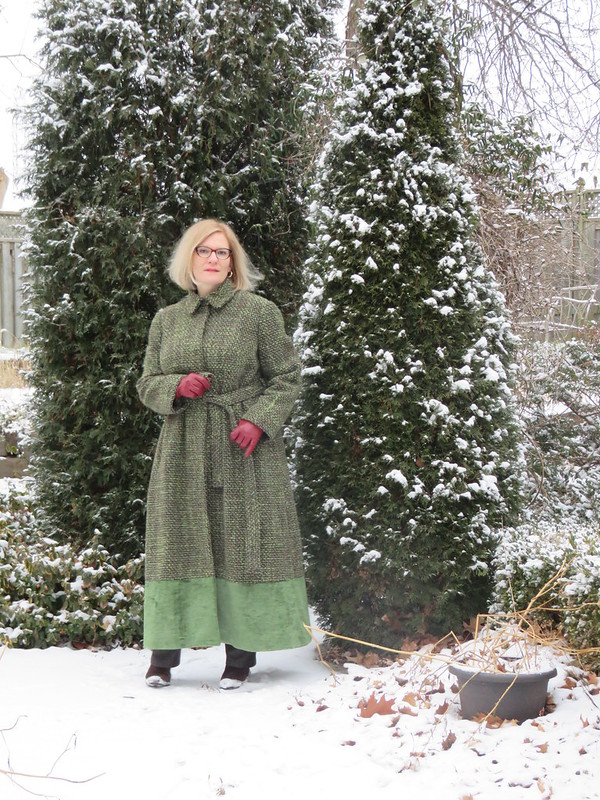 A tall, statuesque drink of water I am not, which is perhaps accentuated by the tie belt. But I love the length and drama of wearing such a coat. 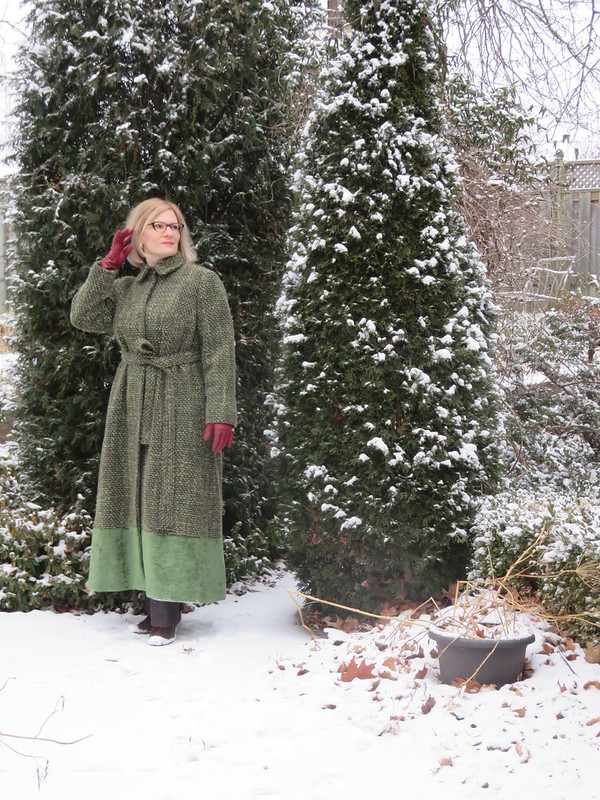