When I found the wool/tencel jersey mentioned in my last post, there were 5 colours available:  dark brown, brown, grey, ice blue and lime green.  DD3 fell head-over-heels in love with the ice blue. 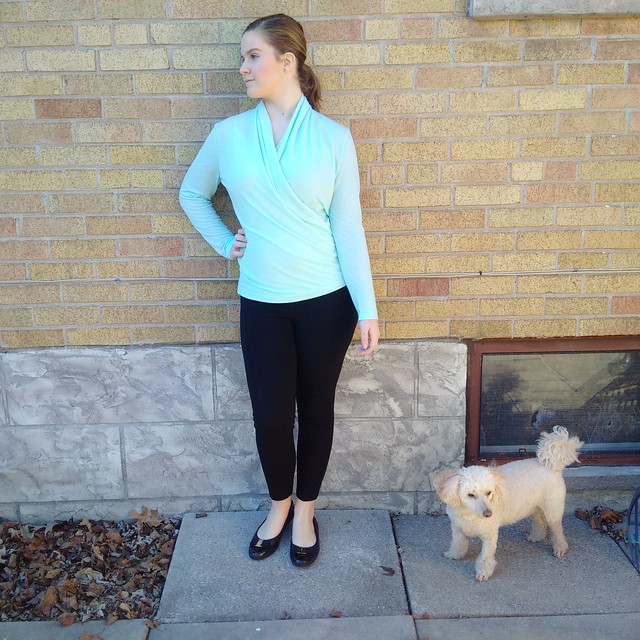 Here’s the back view. You can see how lightweight the jersey is in this photo. 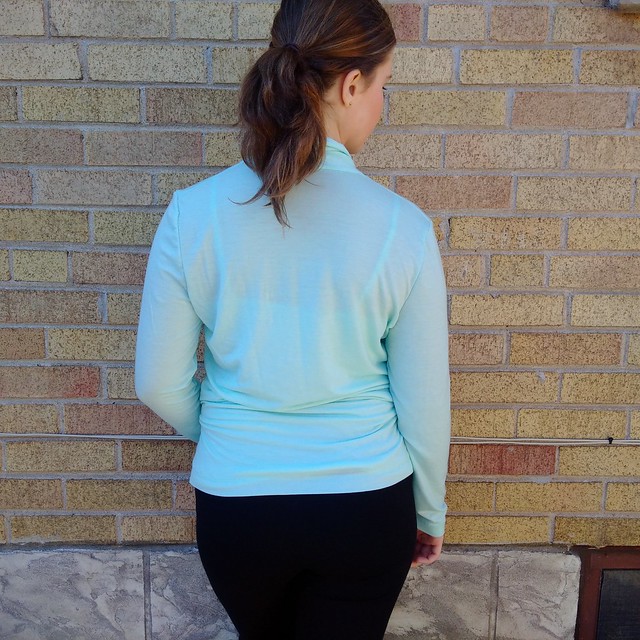 DD3 requested a matching camisole for extra coverage, so I cut one out of the remnants using the slip pattern from an OOP Donna Karan pattern, Vogue 2874…

…and slap-dashed it together for her.

DD3’s feedback? It’s warm, comfortable and she *LOVES* the colour. 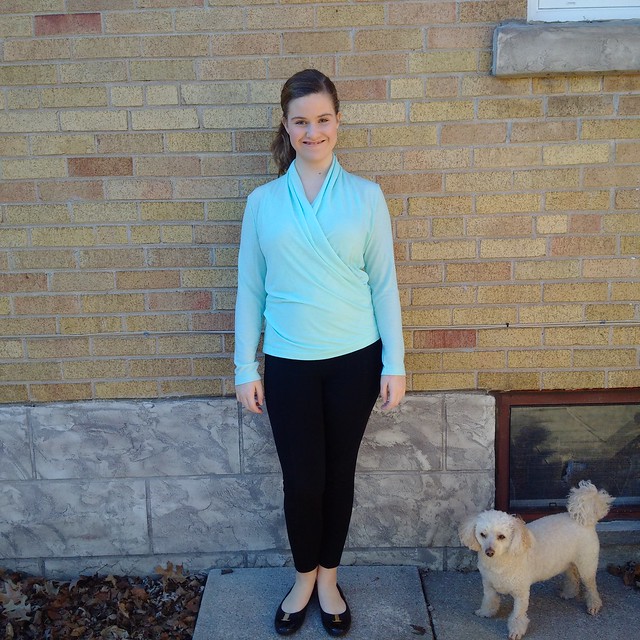 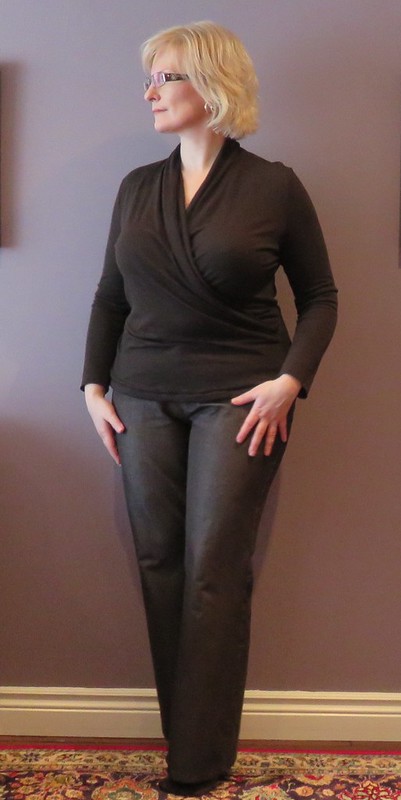